Includes an Imperial Shuttle Pilot minifigure.
Features folding wings, two stud shooters and an open cockpit with space for a minifigure to sit.
Fold the wings up, arm the stud shooter and get ready for galactic adventures.
Also includes the Imperial Shuttle Pilot’s blaster pistol.
This set offers an age-appropriate build and play experience for ages 6-12.
Recreate your own action-packed scenes from the blockbuster movie Star Wars: Rogue One.
Measures over 3” (8cm) high, 3” (8cm) long and 4” (11cm) wide with wings folded down. 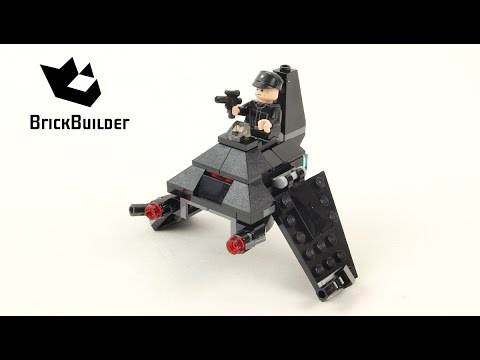